“The fine line which separates figuration and abstraction interests me; time, place, weather and light alongside gesture, glimpse and memory. The subjects are only the starting points – sometimes small insignificant details or texture triggers a complete piece.”

I was born and grew up in Wales and studied Optometry in Cardiff, practising as an optician for many years. I started drawing and painting as a hobby in my early 30s, having enjoyed art at school. I began to enter national and regional art exhibitions and was lucky enough to win several prizes, including having my work selected by the Prince of Wales and purchased for his private collection. In 1996 I had my first solo exhibition.

I made my first prints alongside master printer Stanley Jones at the renowned Curwen Studio in Cambridgeshire before going on several courses to study the drypoint and carborundum technique. After winning The Julian Trevelyan Award at Originals 2008 (at the Mall Galleries in London) I decided to focus on my printmaking, working with Leicester Print Workshop who specialise in carborundum printing.

Chance and accident in my work are embraced and enjoyed. I don’t draw much or plan anything out and when I start a work I’m never quite sure where it will take me. Although my prints are inspired by the landscape, my emphasis is on abstraction and texture. I use natural earth colours – greys, browns, blues – to suggest the unique feel of a place, to capture a fleeting moment. 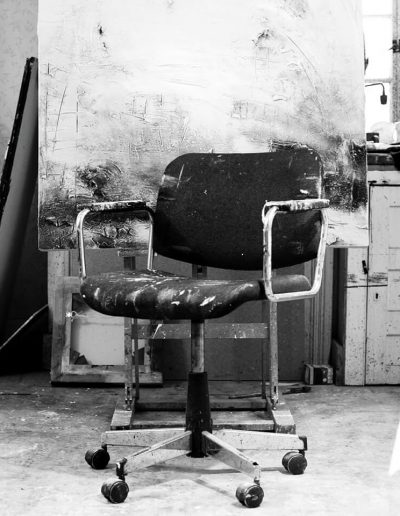 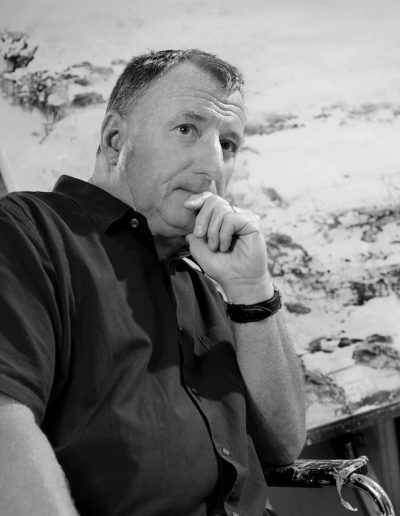 “I try to capture the atmosphere of the British landscape. The transient mood and light of the four seasons is what I aim to achieve in my paintings. I hope to convey the feelings of the place and not it’s description.”

My inspiration comes from many places – the Saltmarshes of North Norfolk, the Pembrokeshire coast, or on walks closer to home in Essex – but the location itself isn’t that important. I want to convey an atmosphere – the essence of the place – and to capture the mood and light of a particular moment rather than its topography. The subjects are only the starting points, sometimes a small insignificant detail or texture – a thorn bush by a path or twigs poking through the snow – triggers a new print.

I first became aware of the drypoint and carborundum technique in the work of Catalan artist Antoni Tàpies and in prints by Miro. I also admire Howard Hodgkin and Irish artist Hughie O’Donoghue – all take a different subject matter but all use carborundum in their printmaking.

More recently, rather than looking to other fine artists, I’ve been finding inspiration in Japanese pottery, and the decorative thick calligraphic brush strokes used on Japanese ceramics. Mark making is important in my work.

I used to run a live music venue in Wales and music is very important to me. In the studio I listen to jazz and pop while I work and I especially like Joni Mitchell and Peter Gabriel. Sometimes the lyrics inform the work or provide a title for a print. 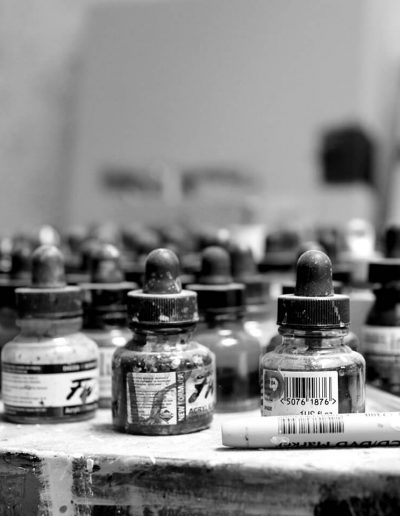 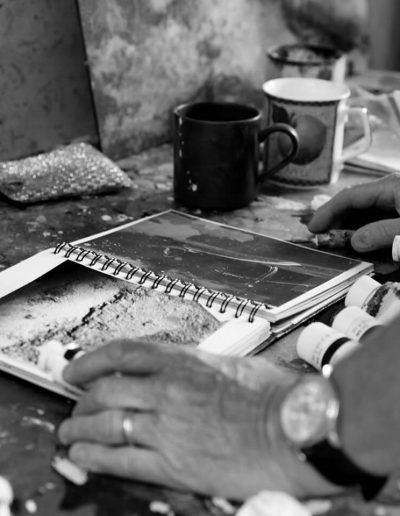 A Common Place is a 40 minute film directed by Mike Southon in conjunction with Eames Fine Art; connecting people through art, words and a common place.

I Dreamt A Horse Fell From the Sky, Adil Jussawalia, Book Cover

A Common Place – A 40 minute film directed by Mike Southon in conjunction with Eames Fine Art; connecting people through art, words and a common place.<. Please view below.

Palmer and Me – A documentary tracing the works of Samuel Palmer as they are reinvented by contemporary printmakers.

Printmaker of the Year – Printfest Runner up

Selected and awarded The Intaglio Award

“This is what Ross Loveday’s series of acrylic paintings manages. He takes the neglected feature of the landscape and makes it the star attraction. Something seething and full of menace suggesting not the cosy countryside but on the contrary the malevolent face of Mother Nature.”

This website uses cookies to improve your experience while you navigate through the website. Out of these cookies, the cookies that are categorized as necessary are stored on your browser as they are essential for the working of basic functionalities of the website. We also use third-party cookies that help us analyze and understand how you use this website. These cookies will be stored in your browser only with your consent. You also have the option to opt-out of these cookies. But opting out of some of these cookies may have an effect on your browsing experience.
Necessary Always Enabled
Necessary cookies are absolutely essential for the website to function properly. This category only includes cookies that ensures basic functionalities and security features of the website. These cookies do not store any personal information.
Non-necessary
Any cookies that may not be particularly necessary for the website to function and is used specifically to collect user personal data via analytics, ads, other embedded contents are termed as non-necessary cookies. It is mandatory to procure user consent prior to running these cookies on your website.
SAVE & ACCEPT